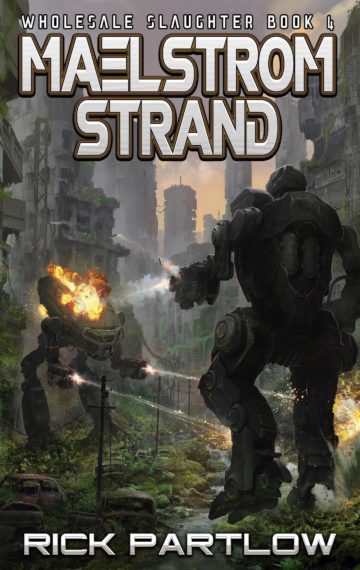 Some enemies don’t get mad. They get even.

Logan Conner and Wholesale Slaughter won the day on Revelation, but the Starkad Supremacy doesn’t like failure. If they can’t beat Sparta on the battlefield, they’ll make them fold from within.

It’s been over twenty years since the failed coup that killed the rightful Guardian and put Logan’s father on the throne of Sparta, but the same resentments and family rivalries still burn bright. It doesn’t take much for a dissatisfied political rival to be converted into an enemy agent.

The traitors strike without warning, and in the space of a day, Logan is on the run, without his father, without his throne, without the Spartan military to back him up. The only friends he can count on are his brother, Terrin, his fiancée Katy, and the rest of Wholesale Slaughter.

If Starkad and their allies think this war is over, they don’t know Logan Conner.