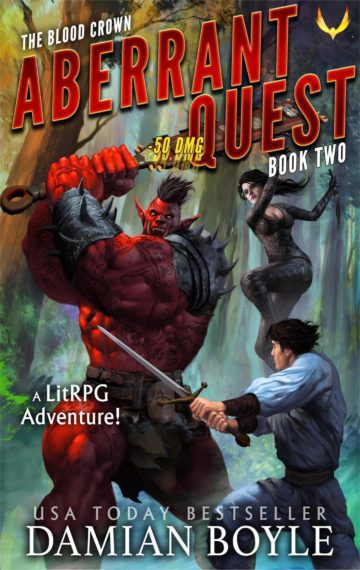 The battle has only just begun…

Brutally defeated by the blood shaman Gomrung, Paul and his party are taken captive and sent on a journey to Lutdor, the orc capital. To the orcs, they are nothing more than sacks of blood to be spilt on Vasla’s altar during high festival. Accompanying them is an elf princess with an icy personality, aloof even in battle and reluctant to share any knowledge of the Wild.

The march goes awry when they come across an enchanted willow tree feasting on decomposing corpses, and an elven outpost in flames. When news reaches Paul of another Aberrant in the elf confederacy, he must lead his party through a gauntlet of death and suffering to reach the city Inisfil.

But with the orc kingdom rallying for war and C-rank bosses lurking the deep forest, new party members and old must do whatever it takes simply to stay alive.