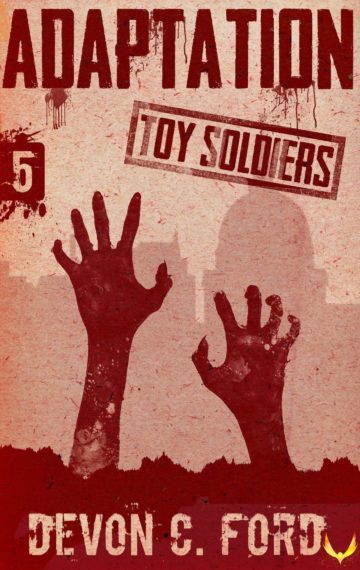 Friends and family are reunited, but the harsh reality of the survivors’ situation dawns on them. After breaking free of tyranny, those optimistic enough to imagine a time of peace and prosperity have their hopes dashed in the face of brutal, inescapable terror.

The promise of safety off the Scottish coast isn’t quite what it appears to be. As they seek a quick way to turn the tide in the war against the dead, the meddling of ambitious people serves only to unleash something more powerful and horrifying than before.

Just as those resilient survivors must evolve to cope with the new threats, their enemy has also adapted.

The apocalypse continues in the penultimate chapter of the Toy Soldiers Zombie Survival Series.