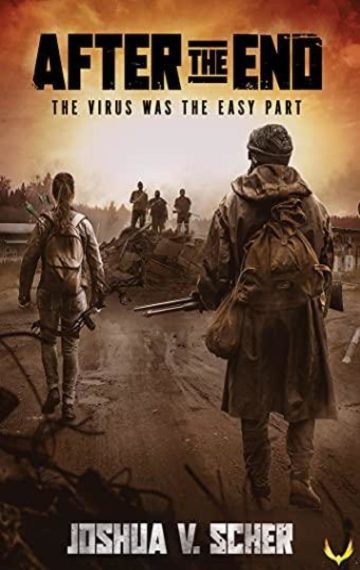 Listen to a sample
$4.99Buy NowRead A SampleSee The ReviewsBuy The Audiobook

As a Doomsday prepper, he’s ready to survive the apocalypse. But what about the men hunting him?

It turns out Addison was right: the world as he knew it did come to an end by means of a killer virus.

He’s by himself now near what was Sicily, Oklahoma, tending to a wilted vegetable garden, foraging for rabbits, and eking out not quite enough water from a dried-up well. It’s time to move. His Uncle Izzy, whom he’s decided to seek out in his survivalist cabin hundreds of miles away, had prepared him well for an apocalypse – all but for the loneliness.

If he could just make it across the state, then maybe…

But the virus didn’t quite kill everybody. And humanity isn’t all that humane anymore.

Ransacked and run-down, Addison learns all too quickly that hope is the enemy and trust is a liability. Survival has its costs.

The literary bleakness of Cormac McCarthy’s THE ROAD meets the survivalist thrills of Gary Paulsen’s HATCHET in this harrowing novel from Joshua V. Scher. Now a Motion Picture from Shout! Studios and 1157 Productions, out 8/17/2021.