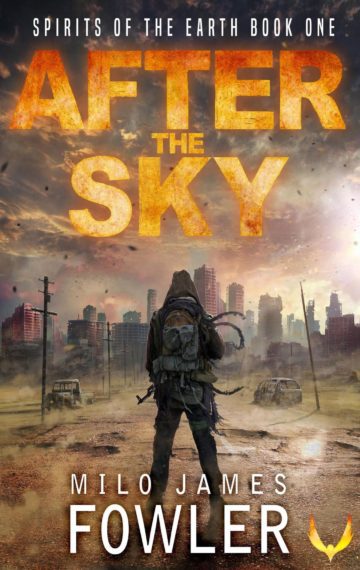 The meek have not inherited the earth.

The world isn’t how they left it. When the bunker airlocks release them after twenty years in hibernation, the survivors find a silent, barren world outside. But they are not alone. There is a presence here, alive in the dust—spirits of the earth, benevolent and malicious as they interact with the human remnant.

Milton is haunted by a violent past he’s unable to escape, despite the superhuman speed the spirits give him.

Not interested in bearing the next generation, Daiyna is determined to destroy the flesh-eating mutants lurking in the dark, pierced by her night-vision.

Luther is a man of conviction who believes the Creator has offered humankind a second chance, yet he’s uncertain they deserve it—and he’s perplexed by the talons that flex out of his fingers.

Willard is a brilliant engineer-turned-soldier who refuses to leave his bunker, afraid of becoming infected and willing to destroy any obstacle in his way.

As their lives collide, the mysteries of this strange new world start unraveling, culminating in the ultimate life-or-death decision one survivor will make for them all.