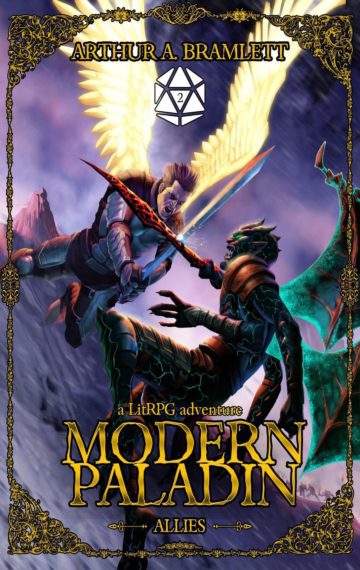 Settling into the game takes time.

Even after several months of living in the body of Archaeus, William is still coming to terms with what life is like in this strange new world as his tabletop Paladin, but he quickly finds that he has only scratched the surface of what is going on.

Things are looking up, until the town he is charged with falls under attack. His might alone can not protect his people, and he takes on several new protégé on his way to discovering the truths that surround him.

William does his best to meet these new challenges and finds out that he is not alone in the trials he is working to overcome. Unfortunately, he quickly realizes that playing as Archaeus with Dice and Paper and actually being Archaeus are two very different things, and he has a long way to go if he’s going to walk the road that lies ahead.

Don’t miss the second installment of this fun new LitRPG Series. It’s perfect for fans of the anime series, Overlord, and authors such as C.M. Carney, Robert Bevan, and M.H. Johnson.