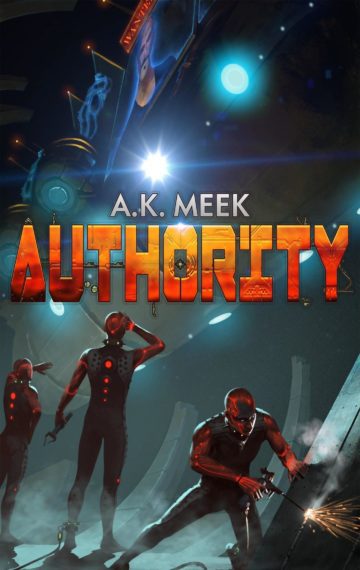 The aliens came to conquer.

We won, but billions died.

The neons do as they’re told. Chemically bound to their masters by the experimental chemi-chip implant created from alien technology, they are genetically engineered at rapid rates to be servants for the survivors of the war against alien invaders. Without neons, reconstruction would be impossible.

Colin Hanston—the unremarkable son of the genius who invented the chemi-chip—leads a simple life as a farmer, helping feed his district as any good citizen should. But when he redeems his voucher for a neon servant of his own named Michael, everything changes. His father’s old friend-turned-rebel shows up, and Colin learns that not everyone believes the neons are a simple commodity used by the Authority to fix the world and help prepare in case the aliens return.

Knowing he could be killed just for talking to the rebels, Colin will have to decide for himself whether his father’s work is truly a benefit to humanity as his leaders claim, or a perversion.

Is the truth worth destroying his father’s legacy and putting his family in danger? Is it worth dying for?