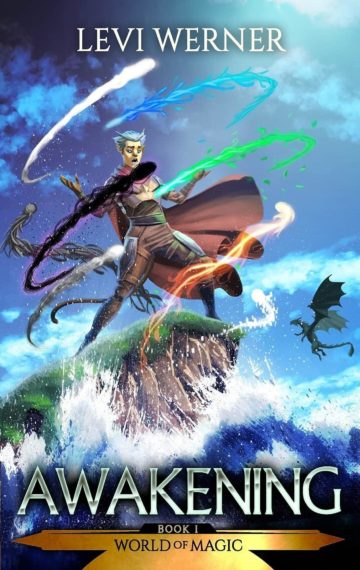 The future lies within our minds…

Paralyzed in a workplace accident, Lox’s life is looking bleak. He can’t even use the cutting-edge hardware that would allow him to play in the full-immersion-games that have become so popular. This all changes when he hears from New Universal Frontiers, the company with the best game out there: World of Magic.

They offer him the ability to use their hardware despite his injuries, but at a cost… he can never leave the game.

Once in the game world, Lox quickly realizes that there is a lot more to this new realm than just a game. Given a class that everyone thinks is useless due its inherent dangers, Lox begins a long and painful series of trials, some of them explosive, almost all of them dangerous as he masters his magical abilities.

As Lox explores the depths of this world’s magic system, he soon discovers there is a lot more going on here than anyone ever expected.

World of Magic is a LitRPG/GameLit series that features leveling, advanced magic systems, dungeon crawling, world exploration, and much more. It’s perfect for fans of books like Emerilia, World Tree, and Ascend Online.