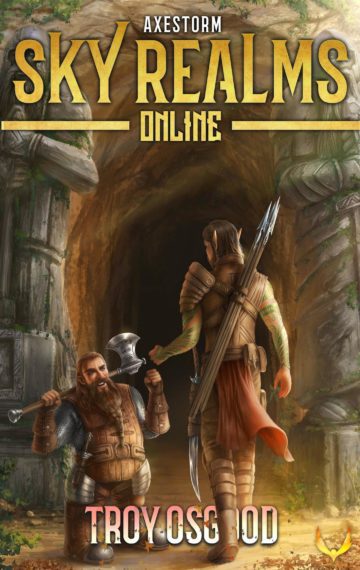 Listen to a sample
$0.99Buy NowRead a SampleSee the ReviewsSee the Full Series

Hall had hoped things would finally start to settle down. He should’ve known better.

He’s been trapped within the new version of Sky Realms Online for months. Mostly at peace with it, he’s started to make a new life within the game world. He’s found a woman to love, the NPC Druid Leigh, and a village to call home.

Skara Brae is still mostly ruins but he now has friends and citizens to help rebuild. But he’s still missing many of the resources needed.

A quest for one of those resources, an airship, will send Hall and his companions far away to the cold island of Huntley, home to Storvgarde tribesmen and the Dwarven citadel of Axestorm Hall.

What should have been a simple voyage by airship will become much more as Hall will face shipwrecks, stolen Dwarven artifacts, rampaging tribesmen, a blast from his past, and more mysteries from a game they no longer know.

The Players will find themselves more connected to the world of Hankarth than ever before or they even thought possible and Hall will face his greatest challenge. Fighting for his life and his beliefs.

Will Hall survive long enough to learn who or what the Champions are?