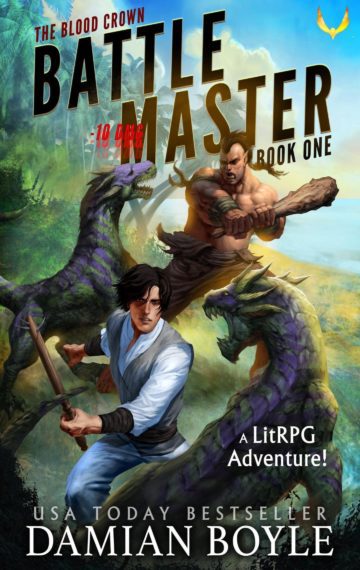 Shipwrecked by fate. Hunted by moonlight. Hardened by battle.

Paul is an Aberrant, one of few able to enter a fantasy game world called Valheim. Kidnapped to a secret lab, he is forced into a government program that sends Aberrants to Valheim against their will. Most die within a day, but some have survived for months.

Mira, a famous gamer who recently went missing, is one such survivor. Finding her is Paul’s best shot at staying alive. But all his plans are dashed when he finds himself washed up on a tropical beach in the middle of the Wild.

With E-rank beasts roaming the jungle and an orc tribe on the hunt, Paul must recruit a party, level up, unlock abilities, and build defenses to hold off the savage raids against his camp. But each raid is stronger than the last, leaving only one option: attack the orc dungeon and kill the Blood Shaman who rules them.

Join Paul in the battle of a lifetime in Book 1 of the Blood Crown Series, A LitRPG Saga featuring party management, base building, army building, kingdom building, class development, and tactical combat.