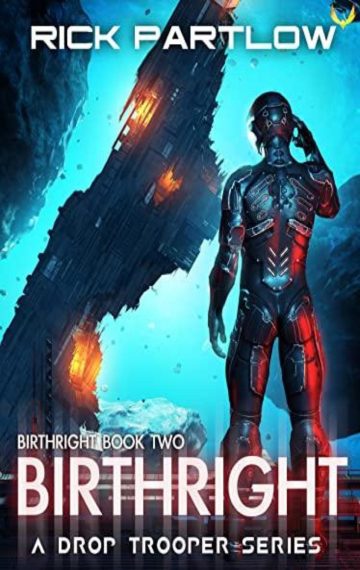 He’s the mistake the bad guys are going to regret making.

Caleb Mitchell is a human weapon, engineered into a biologically enhanced killing machine in the war with the alien Tahni.

The war is long over and now he just wants to live a normal life as a constable on his homeworld of Canaan…but his life is torn apart when a Corporate Council mineral scout comes to him with a tale of discovering incredibly advanced alien technology from the fabled race known only as the Predecessors.

Someone in the monolithic, power-hungry Corporate Council doesn’t want that story to get out…and they’ll kill anyone to stop it, including Caleb and his family.

Don’t miss Book 2 of the Birthright Series from Rick Partlow, set in his bestselling Drop Trooper Universe. This is Military Science Fiction the way it’s meant to be.