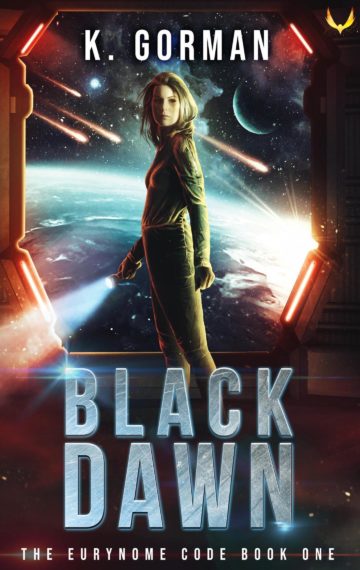 Karin Makos lives a lie. Genetically engineered from birth and raised in a scientific compound to gain unnatural powers, she has since escaped and built another life, hidden from those who created her. For her, the chance to pilot a small-time scrounging vessel to remote corners of space is the dream. After years on the run with her sister and enduring the constant paranoia of living planet-side, going off-radar gives her exactly what she wants: freedom.

That dream is shattered.

A system-wide attack decimates humanity and leaves the survivors scraping for clues. And Karin might know where to look.

But digging into her past comes with a whole new set of secrets and consequences, none of which she wants to face. Plagued by strange dreams of her sister and a sense of growing danger, Karin and the crew of the Nemina must race desperately across space to find their loved ones—and answers.

Like Firefly? Can’t get enough Killjoys? Then this series is for you. Join Karin and the crew of the Nemina in this fast-paced space opera thrill ride that contains strong leads, high-octane action, and more than its share of snark. Perfect for fans of Lindsay Buroker, Rachel Aukes, and Jennifer Foehner Wells.