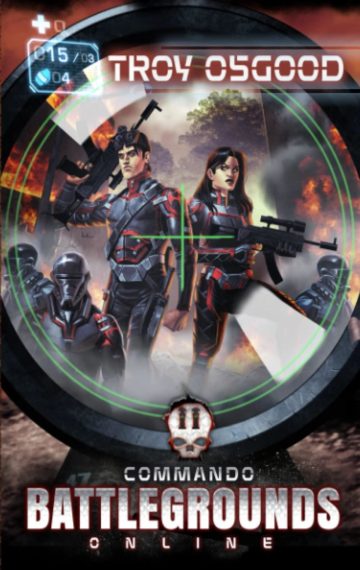 Eric McCaffrey has been playing Zag in the VRMMOFPS Battlegrounds Online for a while now. The more he plays, the more he realizes how deep he is getting into the game…

Which is becoming more than a game.

In the game, Eric gets more into his role as Zag, one of the Commando’s for the Knights of the Tactical Operations Group. Wyvern has taken over the country of Punta Del Muerta. Along with the rest of the Knights, Zag is tasked with freeing the country. He will go deep into the jungles, war torn cities and concrete bunkers on his many operations. Will he be able to complete all the missions?

Outside, in the real world, Eric is becoming a new man. The game has impacts on him that he’s just starting to discover, affecting his mind and body.

But is it for the better?

Experience Book 2 in this high-adrenaline LitRPG / LitFPS series from the Amazon Bestselling author behind Sky Realms Online. An action-packed thrill-ride that puts you right in the crosshairs.