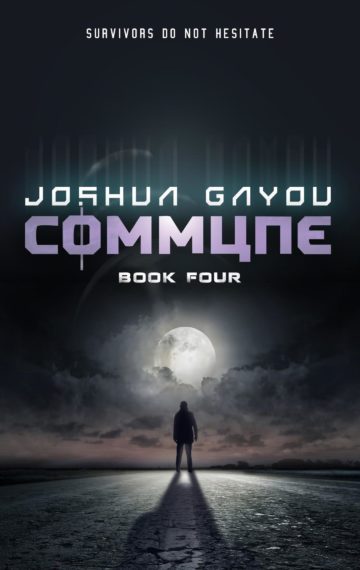 Otto Warren’s military force and the Wyoming Commune have come to a peaceful agreement. Jake will remain in charge alongside Warren’s people, while Warren and his army seek more survivors throughout the Northwest. More strangers Jake isn’t sure he can trust.

In Colorado, Clay’s scavenger crew has ballooned so large, he finds himself using corporal punishment to maintain order. He’s less concerned about real justice than he is about keeping the group from turning into a mindless mob. But as time goes by after the fall of civilization, there’s less and less to scavenge. Colorado can no longer support them.

These two factions and their opposing ideologies about how to rebuild the world collide in Jackson, Wyoming. Two unstoppable forces. Only one can remain, if they don’t all destroy each other first.

Experience the epic conclusion to the Commune Series. Trust us, you’ll never be the same.