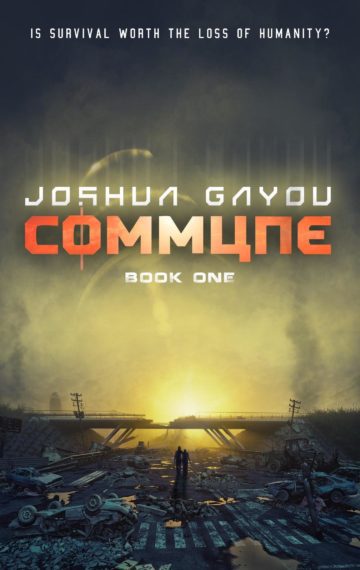 The world has ended. A few have survived.

But is survival worth the loss of humanity?

Finding a friend in the apocalypse isn’t easy, and for Jake Martin, it’s been damn-near impossible. Life has become an endless trek for canned food, shelter, and avoiding those who’ve turned to killing for anything all while trying not to become a killer himself.

When Jake encounters Billy, an elderly wanderer on the highway to ruined Las Vegas, everything changes. Billy reminds him of life before the world ended, of when being human meant acting like more than a mindless beast. Although their bond quickly grows, two men don’t make a commune.

Together, they stumble upon a gang of scavengers keeping Amanda Contreras and her daughter prisoner, and using the mother to fulfill their base needs. Jake and Billy decide it’s time to stop just looking out for themselves.

After risking everything to break the girls free, their commune grows to four. Now, they must all learn to cooperate if they’re to survive in a primitive, hostile world in search of a new home. Each of them will learn how far they’re willing to go to continue living… or if living is even worth it.

At the end of the world, there’s a commune called Jackson and this is their story.

Also available on Audible, performed by R.C. Bray, narrator of The Martian.