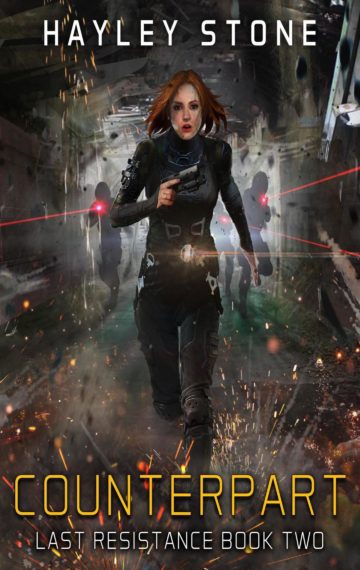 Prepare to become your own worst enemy.

Commander Rhona Long understands survival better than most. Killed in combat by a malevolent artificial intelligence, she was brought back to life using her DNA, and she’s forged a new, even more powerful identity. Now the leader of the resistance, she’s determined to ensure the machines are shut down for good.

But victory is elusive. The machines have a new technology designed to overcome humanity’s most advanced weaponry. Despite Rhona’s peacekeeping efforts, former nations are feuding over resources as old power struggles resurface. Worse, someone inside the resistance is sabotaging the human cause—someone who, from all appearances, seems to be Rhona . . . or her exact replica.

Jump into the heart-stopping sequel to Machinations as reincarnated insurgent Rhona Long faces off against the one enemy she can’t outwit: herself.