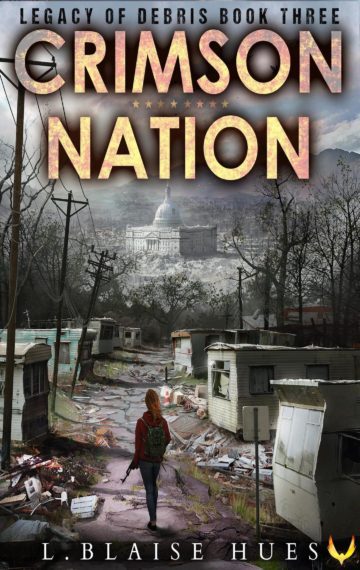 The Vultures don’t fear death; they feed off it. And their appetite is insatiable.

Savannah knows the ravenous bloodlust of the Vultures first hand, and she’s doing everything she can to avoid being dragged back into the volatile melee her parents are creating.

But can she stop them without succumbing to bloodlust herself?

Kestrel becomes fiercely protective of her wards and the man who holds her heart, while the whole of Rock Ridge wants to use him as retribution. How can she protect her family from both friends and foes?

Ellie’s steadfast allegiance to her country is called into question with scandalous revelations about her past, shaking her confidence as explosions echo throughout the town. Can she and those who know and love her move forward in this new knowledge?

Between the blood, bombs, and Belladonna, these three patriots have to unite to save the country they love, or they’ll end up buried beneath the rubble of a broken nation.

Don’t miss the epic finale of the Legacy of Debris Trilogy!