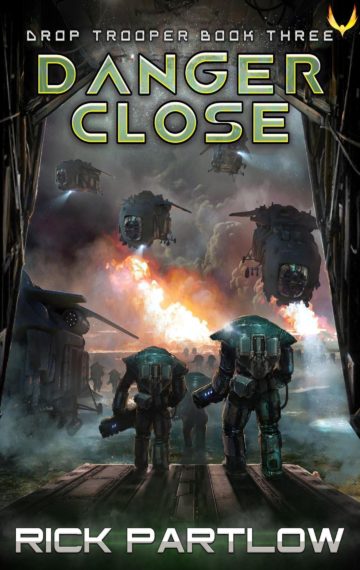 All Cam Alvarez has known is war.

For three years, he’s fought the marauding alien Tahni on one God-forsaken planet after another, leading a squad of armored Drop Troopers.

But the war is about to change.

Cam is an officer now, fresh out of OCS and taking charge of his old platoon, and things have reached a tipping point. Instead of fighting a desperate holding action against the enemy, the Commonwealth is finally ready to take back the human colonies the Tahni seized early in the war. To free the people the enemy have kept as human shields.

However, victory comes at a price. Both for the hostage colonists and the Marines who fight to free them. When innocent lives are at stake, every shot fired is danger close…