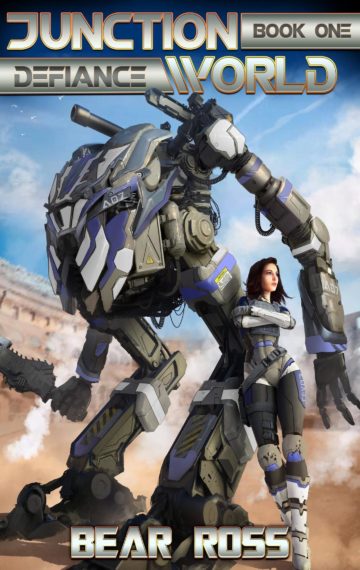 A 2020 DRAGON AWARD FINALIST IN MILITARY SCIENCE FICTION
Bring out the mechs and fire up the chainsword. Ready. Fight!

Mech Pilot Jessica Kramer fights to survive in the armored arenas of Junctionworld, like her father and brother before her. She’s good, but not as good. If she ever hopes to be better, she’ll need to stop getting in her own way.

When she discovers the circumstances behind her famous brother’s death were more than just a result of the games, her path turns to vengeance. The deeper she digs, the harder the truth becomes, and the more sinister the plot to eliminate her as well.

Renegade cyborgs, inter-dimensional menaces, and the mysterious forces that destroyed her brother are closing in from every direction. Jessica needs to stay one step ahead or she’ll have one foot in the grave. And if she ever hopes to uncover the conspiracy against her family, she’ll have to overcome her personal demons first.

If you’re a fan of Stargate or Battletech, with shades of Gladiator mixed in, you won’t want to miss this thrilling science fiction adventure from debut author Bear Ross.