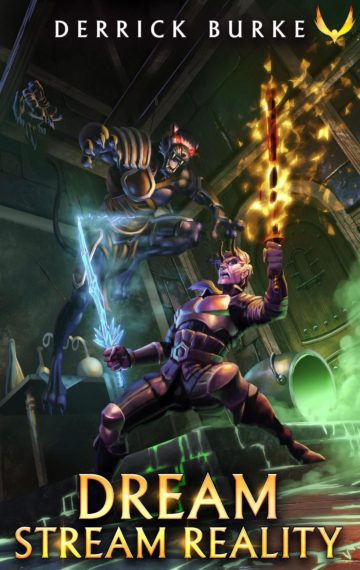 The only time you can’t game is when you’re sleeping… until now.

Mild-mannered security guards by night. Powerful, magic-wielding heroes by day. Donald and his friends have been chosen to beta test the new version of Dream Stream Reality—a massive multiplayer game world which is played while you sleep.

Who wouldn’t want to design their own adventures while napping? It’s literally, well, the dream.

Donald must balance an increasingly volatile personal life while exploring the new release and actively hunting for glitches and bugs within technology so advanced it feels like reality. What could possibly go wrong?