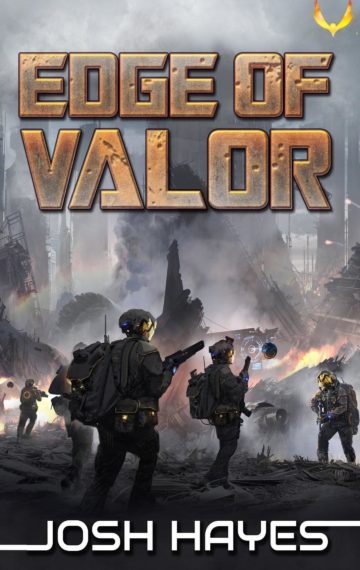 When their mission fails, his begins.

Special Agent Jackson Fischer is a man after truth. When a military operation to extract a high-ranking ambassador from the war-torn, border-world of Stonemeyer ends in disaster, Fischer is called in to investigate.

A whole platoon went in, but only three Alliance Marines returned home, the rest killed in action along with hundreds of civilians. With tensions between the Holloman Alliance and Stonemeyer rising, Fischer attempts to stitch the pieces together. One thing becomes more and more certain: The surviving Marines are lying.

As the truth unfurls, Fischer begins to realize this was far more than a simple rescue mission…and that the truth might be something best left buried.

Filled with action, mystery, and well-crafted characters, Edge of Valor (Valor Series Book 1) will pull you into a world of war, conspiracy, and betrayal. It’s perfect for fans of David Weber’s Honorverse, or Tom Clancy’s Jack Ryan with a futuristic flair.