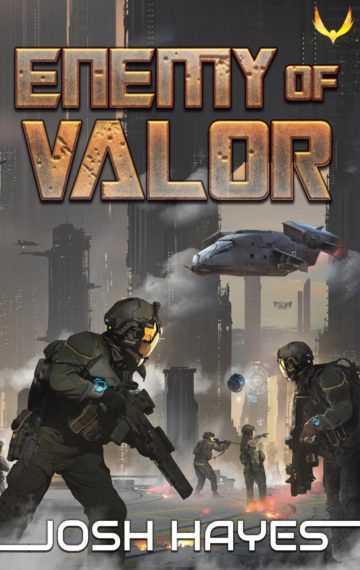 After the raid in a raider outpost, Agent Jackson Fischer is forced to turn his attention toward his own, looking for enemies from within, ones far closer than he’d ever imagined. Cardinal’s reach is far and wide, and as the investigation deepens, the extent of the threat becomes uncomfortably clear.

Corporal Allen Sheridan and the Sabers of Team Valkyrie are up against a new enemy, one that seems to know what they’re going to do before they do it. Tasked with helping Fischer track down Cardinal assets, they find themselves out of their element and struggling to keep up.

Entangled in the fight of their lives, Fischer and Sheridan must push through ever-growing odds to locate Cardinal, knowing if they fail the only outcome will be war.

This epic conclusion to the Valor military sci-fi series is action-packed and will keep readers on their very edge of their seat. Experience a thrilling story of betrayal, loyalty and commitment to a greater cause.