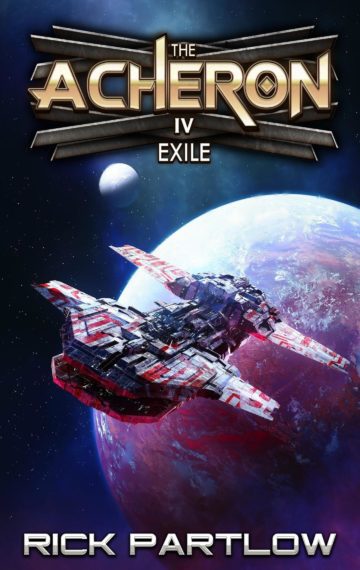 Sandi. The prodigal, the outlaw, the rebel.

Ash. The straight-arrow, the hero, the leader.

Korri. The cyborg, the mercenary, the relic of an older time.

Kan-Ten. The alien, the exile, the outsider.

Together, they’ve worked openly as hired guns throughout the Pirate Worlds, fighting for lost causes, and for each other. Covertly, they’ve worked as freelance operatives for Fleet Intelligence, sabotaging the schemes of cartel bosses and always running up against the plans of their nemesis, Jordi Abdullah, the head of the La Sombra cartel.

It’s worked too well. Jordi is desperate, desperate enough to abandon his embattled home in the Pirate Worlds and try to create a new sanctuary for himself at the edge of Commonwealth civilization, on the Periphery world of Brigantia. His raiders have already cut the colony off from resupply and now his agents are fomenting unrest between the human and Tahni populations in an attempt to destabilize the planetary government and take over.

While Sandi and Ash hunt down the raider ships in the asteroid belt, Fontenot and Kan-Ten take on Jordi’s allies and pawns among the humans and the Tahni. On Brigantia, they encounter old friends and older enemies…the trick will be deciding which is which.