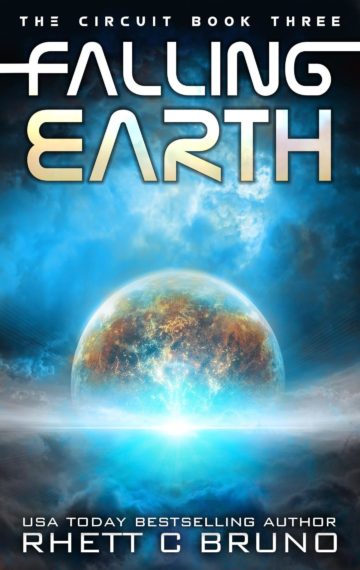 The time to return to Earth has come…

Cassius builds an android army under the control of ADIM in order to attack Tribune Benjar Vakari. While ADIM loves his creator unconditionally, he grows more independent by the day in his methods. Soon, he may be too powerful for anyone to stop.

Talon Rayne teams up with Sage Volus once more when Talon discovers that his daughter has been captured by the very Tribune Cassius Vale is after. Together, they have no choice but to ask for his help in saving her.

Are they just another cog in his scheme for bringing down the Tribune, or is there a part of him left that cares about anything other than vengeance?

Experience the stunning conclusion to The Circuit Saga, which the San Francisco Book Review called, “space opera that fans of Firefly and its ilk will appreciate.”