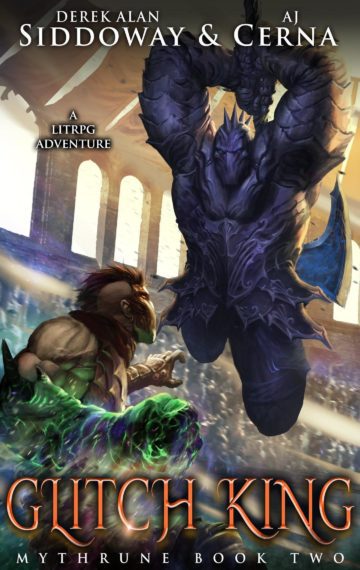 Zane’s quest to win ten million dollars and save his brother in MythRune Online is far from over. Following a clash with a fellow God Mode hacker, he and his companions find themselves on the road to the worldwide Tournament of Champions. Their destination is Mythgard, the in-game location of the tournament, a massive city surrounded by thousands of players with their sights set on the same goal.

Life in MythRune Online can be a real glitch.

If the competition wasn’t tough enough, an army of beta players has the city under siege, determined to keep potential tournament participants out. In virtual total war, the only certainty is this: one does not simply walk into Mythgard.

Enemies become allies. Loyalties shift as each round of battle royale raises the stakes. Does Zane have what it takes to run the table or will his greatest advantage, the God Mode hack, become his downfall?

Experience the epic conclusion to the LitRPG saga that began with God Mode. The world of MythRune Online features high-stakes adventure combined fresh twists with everything you love about the genre—skill trees, leveling, magic systems, party-building, perfect for fans of C.M Carney, Oliver Mayes, and Carrie Summers.