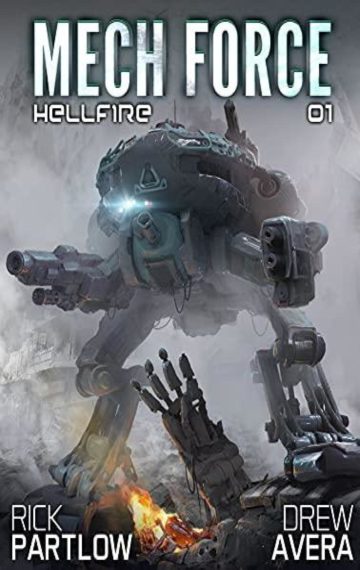 Preorder
Listen to a sample
$0.99Preorder NowRead A SampleSee The ReviewsSee The Full SeriesBuy The Audiobook

Nathan Stout was born to save the world.

Cloned from the genes of heroes past, tossed aside when the Army abandoned the program, Nate has seized his own destiny. Forming the Broken Arrow Mercenary Force, he leads a team of hired guns piloting cutting-edge mechs in a last-ditch effort to restore a United States he never knew.

America is under siege by the Russians and Chinese, its major cities devastated by nuclear terrorism. The Army has retreated, the politicians have abandoned the east coast, and the only thing standing in the way of total devastation is a handful of mercenaries.

But unseen forces are guiding the battles he fights, steering him toward a fate he never imagined, determined to end his dream of a reunited America. Can Nathan Stout’s mech force survive the machinations leading the world toward the hellfires of endless war?

Experience the start of an explosive series from the bestselling author of Drop Trooper. Mechs. Warfare. Intrigue. This is Military Sci-Fi the way it’s supposed to be.