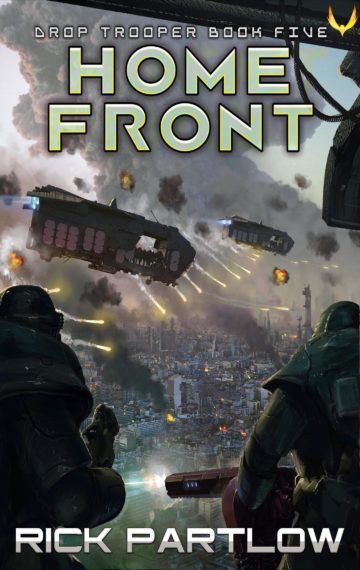 Hausos is a peaceful farming colony. Once controlled by the Tahni, it’s now settled by a collection of homeless refugees and war veterans, among them Cam and Vicky. Their life is pleasantly boring, quiet enough for demons from the war to nag at the corners of Cam’s mind on lonely nights. He fights the demons back with willpower and alcohol, determined to make this place home.

But the peace doesn’t last. Serpents show up in their pastoral Eden, smugglers from the Pirate Worlds caching weapons on the farms of their neighbors, taking advantage of the colony’s isolation and lack of law enforcement. Cam is worried but he’s a civilian and it’s none of his business.

However, the smugglers are just lackeys for the real mastermind, a former colonel in the Tahni Imperial Army, leading a group of disaffected Tahni soldiers in a quest for revenge against the humans who toppled their society.

Will Cam and Vicky be drawn back into the fight against an old enemy? Will fate finally catch up with them, here on their home front?

The 5th installment of the bestselling Drop Trooper military sci-fi series is here!