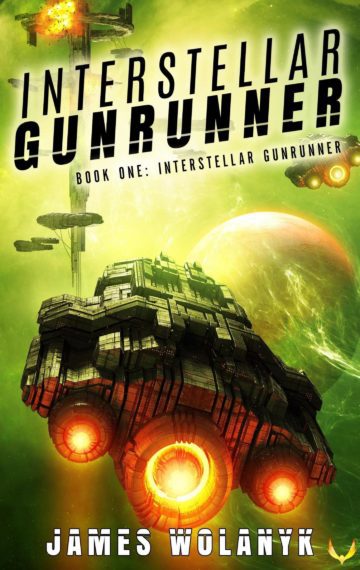 Yesterday, he was a conman. Today, he’s the universe’s only hope.

Bodhi Drezek is heartbroken, universally despised, and drowning in debt from the sixty-five million tons of explosive compounds in his cargo hold. Despite his former glory as one of the galaxy’s foremost arms merchants, times are tough. The tyrannical Halcius Hegemony has nearly finished crushing a rebellion, depriving him of his top two customers.

Under the gun to absolve his debts, Bodhi takes a job to help a group of desperate rebels pull off a daring heist on a Hegemony flagship. But upon grabbing the loot, he realizes his employer only fed him half the story: Instead of precious gems, he’s hauling an alien weapon with apocalyptic levels of power. Accompanied by a future-seeing sidekick, a child prodigy, and the interdimensional being that fuels his ship, Bodhi prepares to pull off the ultimate double-cross—and turn the tide of war.

Standing in his way is the entire Hegemony fleet and his employer’s brutal hunters. But there’s no going back now. The universe’s last hope lies in one man—Bodhi Drezek, arms merchant and circumstantial savior.

INTERSTELLAR GUNRUNNER is a space opera thrill ride perfect for fans of Firefly, the Bobiverse, and Guardians of the Galaxy.