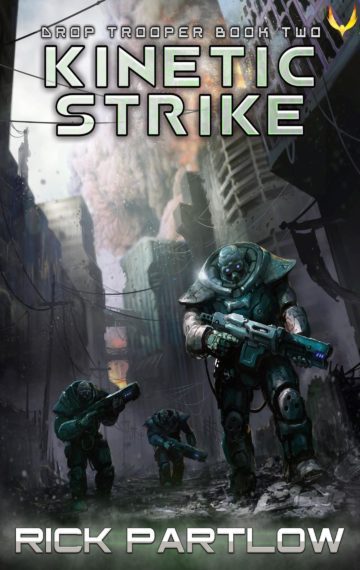 The war made him a hero.  Now the Marines need him to be a leader.

Cam Alvarez is a Drop-Trooper. A warrior-knight wrapped in the futuristic armor of a high-tech battlesuit, and he’s one of the best.  When he’s promoted to sergeant and asked to become a leader, he faces a whole new challenge.  The Marines are striking deep into enemy territory and the casualties are mounting.

Cam is torn, knowing his job is to follow orders and carry out the battle plan, even if he doesn’t agree with it.  But his squad has become his family, and now he’s being asked to lead his family into battle, knowing it will mean their deaths.

Can a Marine squad leader come up with a better battle plan than the high command?  And will anyone listen if he does?