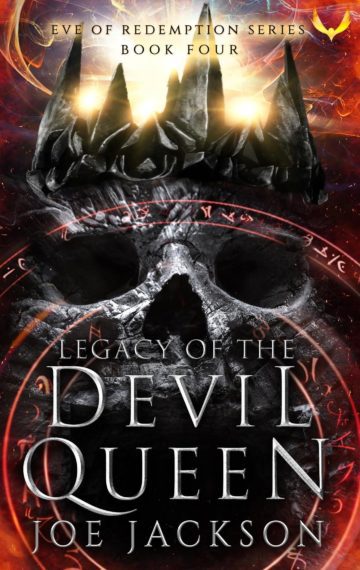 In the wake of a deadly attack, veteran demon hunter Karian Vanador faces a daunting task: sending her friends and family into danger without being at their side.

With her pregnancy progressing, she must uncover a spy within her own Order, expose servants of the demon kings living right in her home city, and match wits with enemies that she knows little, if anything, about. And in all of this, she must act as a general, putting the lives of her friends and family at risk to see to an end she can’t accomplish herself.

Erijinkor Tesconis also faces a daunting task: lead the Silver Blades and their allies without Kari’s expertise and sword arm. Though a capable leader, he and his companions face an unknown danger, something only seen once before in the world.

Both will face tests that push them to their limits, weighing the balance of love for their families against duty and a deep-seated desire to protect an entire world. But can either of them stand against the legacy of the Devil Queen herself?

Grab your copy of Book 4 in the epic Eve of Redemption Series today!