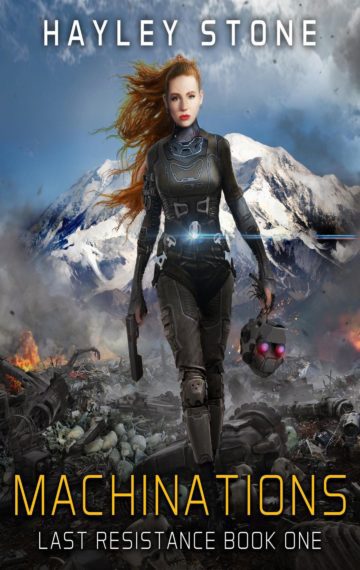 Waking up as a clone with a broken memory? Not great when you’re leading the resistance.

Rhona has battled the malevolent A.I. intent on wiping out humanity since the first Machinations began—until she’s killed during a rescue mission gone wrong. Now, Rhona awakens to find herself transported to a new body, complete with her DNA and her personality.

She’s a clone… of herself. Except for her missing memories. Some of which could potentially turn the tide of the war.

Trapped in the shadow of the life she knew and rejected by the man who once loved her, the reincarnated Rhona must fight to secure her place among old friends and newfound enemies—and quickly. For the machines are inching closer to exterminating humanity for good. And only Rhona, whoever she is now, can save them.

Experience the unforgettable start of the Last Resistance Series, a sci-fi thriller filled with heart, soul, and plenty of twists. Perfect for fans of Orphan Black, Westworld, Robopocalypse, and Terminator.