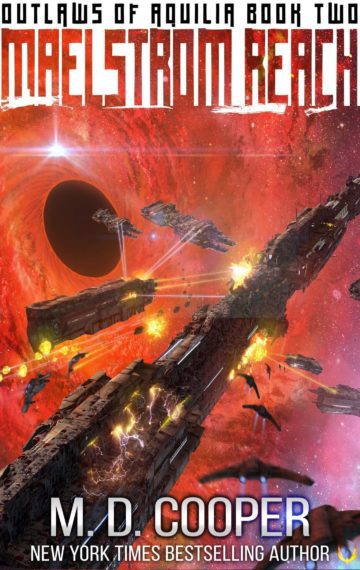 When refuge becomes yet another mission…

The operation aboard the Daedalus was a success, but the aftermath threatens to undo everything the Jax and his team have achieved.

Separated from his ship, he is forced to work with Penny, the agent of a notorious black-market arms dealer. Their lifeboat has taken serious damage, and the only way they can survive the maelstrom is to journey to its center.

Safety lies aboard an ancient ship. However, Jax immediately finds himself facing a new challenge at the behest of a new master—all the while avoiding the prior ones who want their pound flesh…and credit.

At least this job is simple: infiltrate a top-secret base and steal intel about a secret fleet on its way to the Chal system—all while being chased by an overzealous Delphian commander who has taken a personal disliking to Jax.