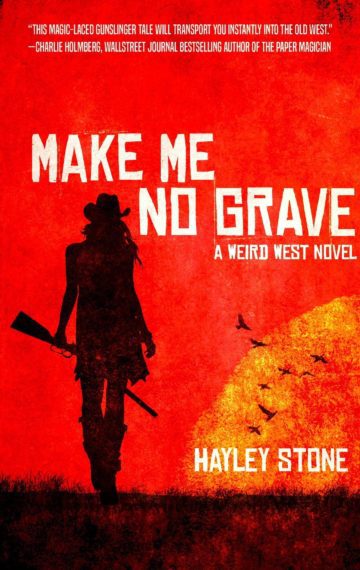 Marshal Apostle Richardson faces off against bloodthirsty outlaws, flesh witches, ruthless vigilantes, and more in this gritty, magical re-imagining of the Old West.

Almena Guillory, better known as the Grizzly Queen of the West, has done plenty to warrant the noose, but US Marshal Apostle Richardson enforces the law, he doesn’t decide it. When a posse tries to lynch Almena ahead of her trial, Apostle refuses their form of expedited justice – and receives a bullet for his trouble. Almena spares him through the use of dangerous flesh magic but escapes soon after saving him.

Weeks later, Apostle fears the outlaw queen has returned to her old ways when she’s spotted terrorizing Kansas with a new gang in tow. When cornered, however, Almena makes a convincing case for her innocence and proposes a plan to take the real bandits down. Working with a known killer opens Apostle up to all sorts of trouble, not the least being his own growing attraction toward the roguish woman. Turning Almena away from vengeance may be out of the question, but if he doesn’t try, she’ll wind up right where the law wants her: at the end of a rope.

And if Apostle isn’t careful, he’ll end up joining her.

If you like Red Dead Redemption and Lila Bowen’s Wake of Vultures, you’ll love this gun-blazing weird western.