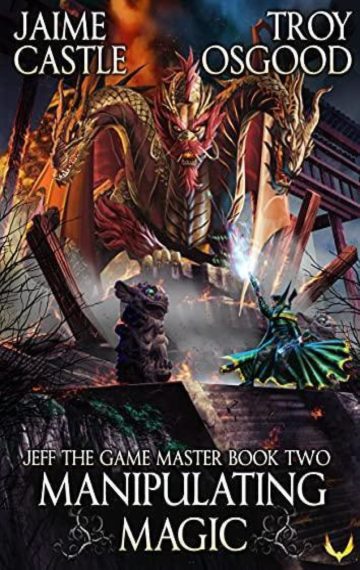 Jeff the Game Master is a Level One player…

After the rogue patch did its damage, Jeff and the rest of Infinite World’s players face a new threat: Shelarag, the Mother of Dragons.

Well, there was a father; what did you expect?

She’s pissed. Someone killed her lover, and now they will pay.

Still tasked with figuring out who or what is responsible for the chaos, Jeff must also figure out what the heck a Manipulator Class is. To help him on this journey, former GMs Torvi and Snapdragon will apply their extensive knowledge of the game to power-level Jeff and attempt to restore normalcy to the game.

Book two of Jeff the Game Master picks up where the first left off, and his exploits are only half the fun. Experience a unique spin on the LitRPG genre, not just providing the perspective of the players, but also of one of those mystical, magical, all-powerful GMs we all dream of being.

About the series: As a GM, Jeff utilizes a unique progression system of magic built around the manipulation of video game code. Weaving his hot-fixes with the already established Infinite Worlds’ code, Jeff rescues players, corrects glitches and more. Additionally, experience Infinite Worlds through the eyes of the players through Dak, Rikardi, Aesir and Jeweliette. Enjoy the mundane-to-vital character growth with a main character who is Hard Rock Data’s only hope with plenty of quests, loot, adventurers, dragons, and magic. Rich characters and world-building offer humor alongside lots of monster fighting and adventure.