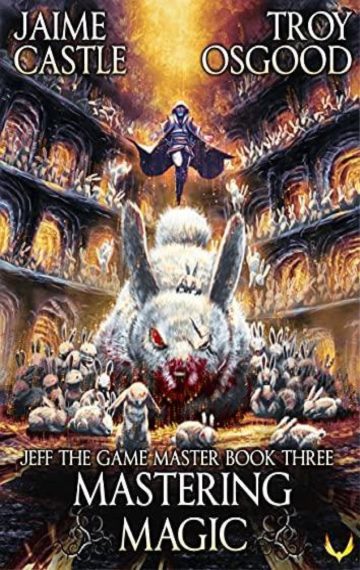 What happens when the world’s most realistic game becomes more real than reality?

Logout button disabled, Jeff and crew find themselves stuck until they can defeat King Tom and the rogue patcher. The mystery still looms: who is behind Infinite Worlds’ attack?

Dan Shaklee, CEO of Hard Rock Data, makes discoveries with implications beyond anything he could’ve ever imagined.

King Tom, having assimilated nearly all of IW’s Principalities, has continued his onslaught. This time, creating an army of adorable but vicious Vorpal Rabbits, he has issued a command to the Dragon’s Banes: find and destroy all before they end the world.

Jeff, along with Dak, Jeweliette, Oliver, Torvi, Snapdragon—oh, and despite everyone’s desires, Crush and Vilecutter—must traverse the underground bunny burrows to put and end to it all.

It’s a race against time. Tensions are high. Patience is thin. Will they do it before their TerraMount systems give out and their mortal bodies follow?

Find out in the final installment of Jeff the Game Master by Washington Post and Audible #1 bestselling Jaime Castle and Dragon Award nominated Troy Osgood.