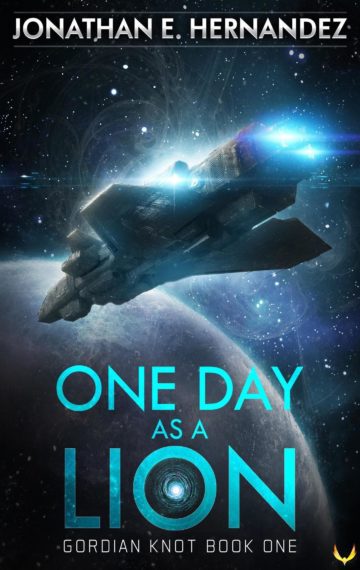 Two civilizations clash. A rebellion grows. The fate of the galaxy hangs in the balance.

Technical Chief “Pappy” Gunther is a grizzled, burning out commando in the United Earth Armed Forces. He ponders a return to civilian life, yet feels a strong sense of belonging to his elite team. When colonists on a far-flung world request aid, a task force from several allied systems is assembled. Pappy and his crack unit are sent to investigate, and to engage a mysterious alien force from beyond.

Talks-To-His-Spear is the warrior-caste champion of a matriarchal space empire called the Regime. Leading an army of fanatical, genetically-enhanced super soldiers, he dreams of dying in battle for the glory of his Queen. However, he’s beginning to question the motives of this new campaign, and fears that he may have to compromise his own deep sense of honor in order to fulfill his tasks.

Nobody expected the two alien cultures to have so much in common, and for friendships and alliances to form alongside rivalries. However, when Pappy discovers a rebellion spanning worlds, everything changes. The growing insurrection threatens to tear the Regime—and the galaxy—apart.