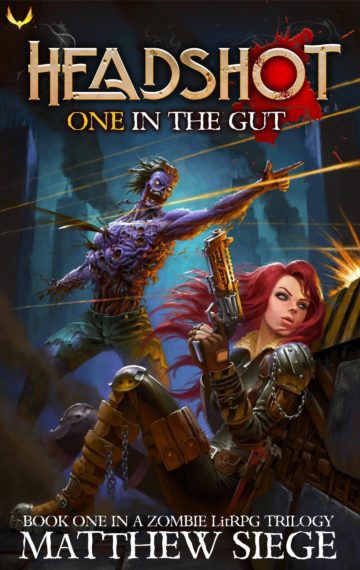 Every week, I rise from the dead…

Headshot has just gone live and the whole world’s playing the new Artificial Reality blockbuster. Unfortunately, unless you can buy your way onto the Survivor’s side, you can only participate as a Zombie. Each week, the forces gather to tear each other down to the bone… until, at week’s end, the Apocalypse is reset.

Ryan’s played the Beta for months, but now that his favorite game has launched, he finds it consuming his life—even as he struggles to decipher whether or not there’s actually a way to succeed if you’re not willing to Pay to Win.

But he’s got bigger problems to deal with. There’s something sinister going on beneath the surface of Headshot, and it looks like he’s wrapped up in it whether he likes it or not.