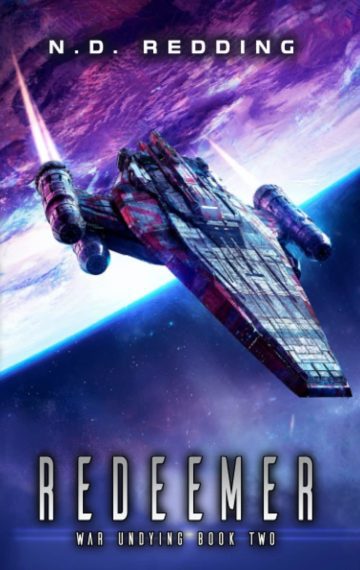 For five long years, Richard Stavos has been spilling blood in the arena of the interstellar prison Xan.

Within the impenetrable walls of the galaxy’s most notorious prison complex, the former lieutenant of the Commonwealth Federation Forces had only his technomancy skills to rely on. Though Stavos has accepted that life outside Xan is nothing but a pipe dream, the forces shaping the galaxy call to him once more.

Great changes wash over humankind, threatening to drown civilizations. Changes that push the Technomancer to question his role in the universe. Changes that will push him to the final rounds which promise freedom as the ultimate reward.

Alliances have shifted, fleet movements have left entire systems aflame, and with the help of an Eres outcast, Stavos once more sets his sights toward a galaxy locked in eternal war.