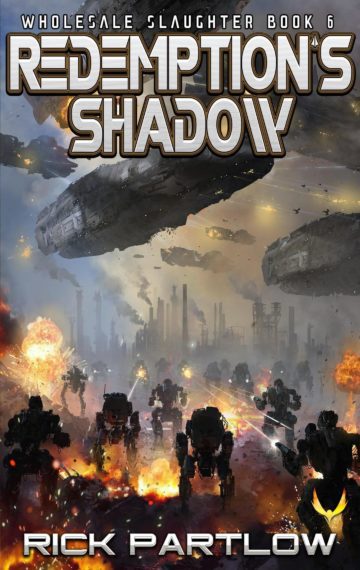 The throne of Sparta is in Logan’s grasp, but victory tastes like ashes.

The Jeuta commander, Alvar, has ravaged Wholesale Slaughter’s base on Revelation and taken Katy prisoner. He’s holding her hostage to force Logan, the new appointed Guardian of Sparta, to come to them. Alvar hopes his death will throw the whole Dominion into disarray and confusion, making them ripe for invasion.

The Spartan Council believes Alvar is right and don’t want to allow Logan to sacrifice himself to save his wife and unborn child…and they definitely don’t want him to take Sparta’s most advanced ship, the Shakak, on the mission.

Will Logan be able to sacrifice his family in service to Sparta as his father did? Or will he throw away everything he and Wholesale Slaughter have fought for to save the woman he loves?

The epic conclusion to the Wholesale Slaughter Series is here. Grab your copy today!