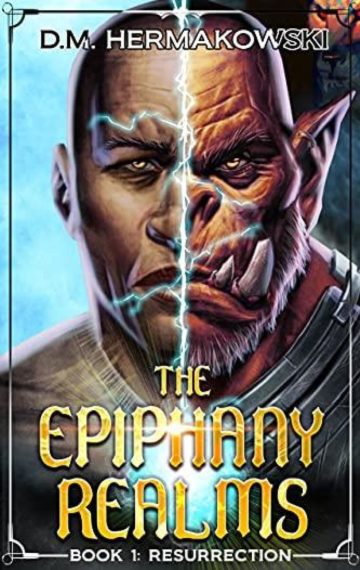 Find the missing target in an illegal game world. Kill the monsters. Return home for the paycheck.

Decorated Marine commander, Damon Williams, never thought his latest mission would take place in a virtual world fighting monsters… but when a high-value VIP disappears after being stealthily transported to a banned VRMMORPG, Damon’s the only hope.

He must lead a group of rescuers into the Epiphany Realms, an unforgiving world infested with terrifying monsters and worse.

Pain is real. Death is permanent.

He and his crew must adapt quickly, trust each other, and fight to survive. And if all that’s not bad enough, they’ll also have to race against time to avoid the realm’s disintegration and mutation effects.