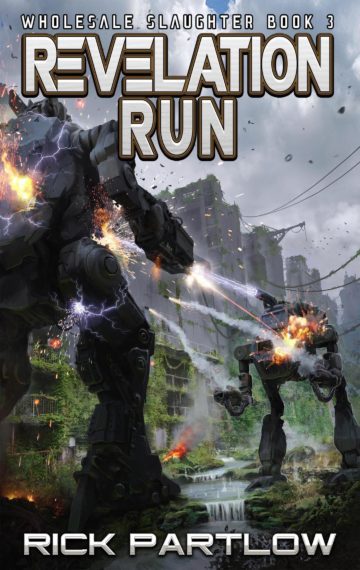 Mission accomplished… until the enemy finds out.

Logan Conner thinks his days pretending to be mercenary captain Jonathan Slaughter are behind him now that the ancient Imperial outpost of Terminus Cut has been uncovered. He’s returned to his duties while his brother, Terrin, leads a team of scientists studying the lost technology of the fallen empire.

But the Starkad Supremacy knows their secrets, and they aren’t going to allow their rivals the military advantage of the Imperial technology. They’re coming for it and for Terrin. His only option is to run for his life through outlaw space stations to a backwoods colony world called Revelation.

Will Logan be able to find Terrin and the invaluable information he took with him from Terminus, or will his brother find death at the end of his Revelation Run?

The tale of Wholesale Slaughter continues, and you won’t expect what happens next.