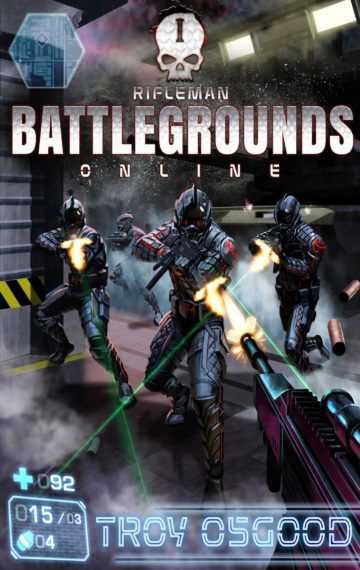 Eric McCaffrey is very good at VRMMORPGs, he’s played most of them, but the lack of funds is starting to affect his ability to play popular games. It’s time to move on to something more… obscure.

Battlegrounds Online is the only game of its kind. A VRMMOFPS. A military warfare game so realistic that it scares away most players daring enough to try it. Realistic in the combat but not in the setting, the game is based around a toy property from the 1980s—a property that Eric’s Grandfather was a fan of, passing that love down to Eric.

Now, as a soldier codenamed Zag, Eric gets to play in that near-future world full of colorful and insane terrorists. He gets to be one of the characters he heard his grandfather rave about.

But Eric will find that not all games are created equal. Some are more real. So real, they can affect you both in and out of the game.

Experience this high-adrenaline LitRPG / LitFPS adventure from the Amazon Bestselling author behind Sky Realms Online. An action-packed thrill-ride that puts you right in the crosshairs.