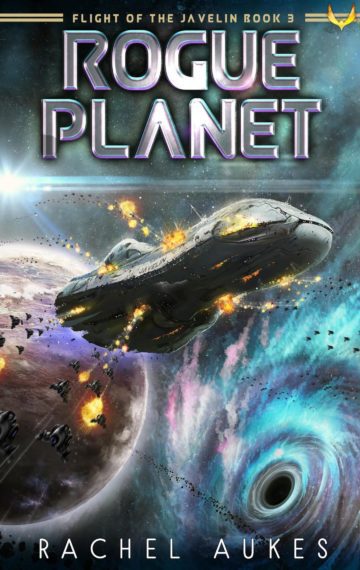 Space isn’t so big after all.

The Black Sheep are ready for a vacation. Instead, they get sucked into a black hole that spits them out into an uncharted system with a single rogue planet that’s inhabited by an AI force that’s none too fond of humanity.

From there, they find themselves at the front of a deadly military operation to stop the alien threat before it’s too late.

The battle against planet rogue has arrived.

Grab the unforgettable, epic finale in the Flight of the Javelin trilogy by Rachel Aukes. This is space opera at it’s best.