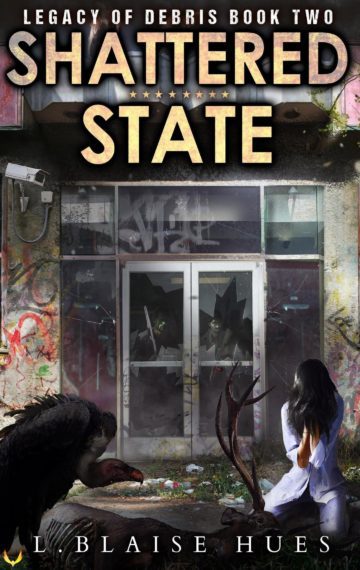 This war is anything but civil.

With the signing of the Knotwood Treaty, Rock Ridge begins to etch out a new normal.

Between baseball games with Johnny and working on the ranch, Ellie is rebuilding her country at Captain Wyatt’s side.

Meanwhile, Kestrel has found a home at Hudson Ranch as she works as a medical assistant alongside her mother for the Wyatts.

But the motives of traitors shatter the fragile treaty harboring Ellie’s hope of finding peace or blessings of liberty in the aftermath of the devastation. Vulture spies savagely rip away that hope, along with Kestrel. Now Ellie is thrust back into the war and faces an impossible decision- to go after Kestrel and leave Rock Ridge vulnerable to another terrorist attack or risk losing one of the only friends she has left in the world.

Don’t miss Book 2 in a post-apocalyptic survival series with a dark, fairy-tale spin. It’s perfect for fans of The Maze Runner, The Lunar Chronicles, and The Selection Series.