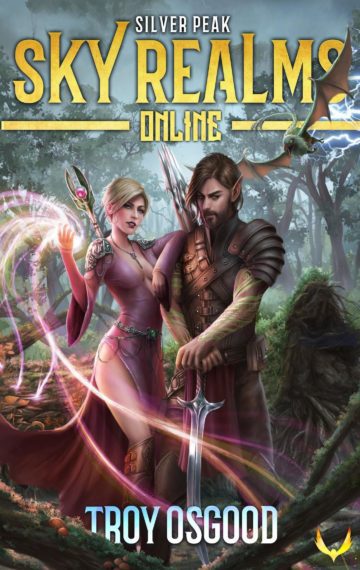 The game has only just begun…

Hall had thought he knew everything about the game, but he’s finding every day that things are different in this new, broken version of Sky Realms Online. There are new game elements, new enemies, and even new locations.

After just barely surviving his first Boss Fight, Hall finds himself in one of those new locations. He’s become the lord of a ruined and isolated village called Skara Brae, deep in the middle of hostile territory.

Hall and his companions must make the long trek to the city of Silverpeak Keep for much-needed supplies or they’ll risk losing everything. He hopes the journey will help determine what to do with Skarra Brae, his new in-game home.

What he thought would be a simple journey through the foothills of the Thunder Growl Mountains becomes so much more. From raging undead, to a gang war between two thieves guilds, Hall will need new allies to survive more surprises than ever before. And the threat of permadeath still looms.