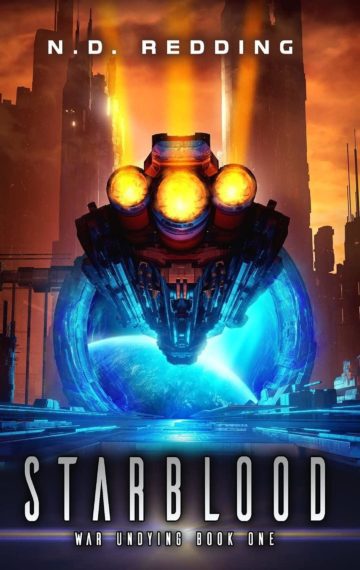 Brought back from the brink of death, now he must fight once more…

Sergeant Richard Stavos was a Technomancer, capable of creating stronger than normal mental links with nanites. But that alone wasn’t enough to keep him alive. Not when the Ka Empire wages wars across the galaxy.

Death was supposed to be his release…an end to the constant fighting that plagued his life. But gifted beings like Richard are assets, and almost a decade after his death, the Ka overlords bring him back from the grave as a ‘reward’ for his good service.

Some reward… but who says no to living twice?

Richard is thrown back into war, tasked with a simple but familiar mission–utilize his Technomancing skills on the planet Detera, and before he dies again, take as many of his enemy with him.