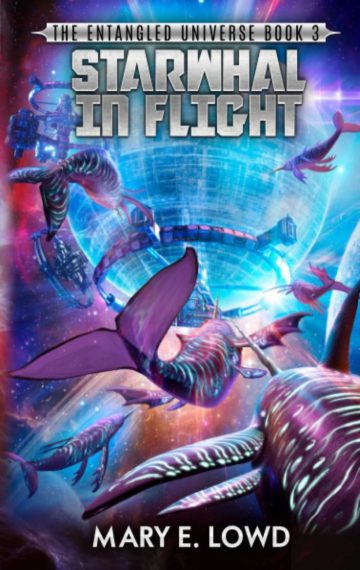 Where are the other starwhals? The question haunts Clarity, echoing in her dreams.

The cyborg starwhal who Clarity and her crew inhabit has become more than a spaceship or home to them. She’s their friend. But while Clarity and crew are filling their starwhal’s belly with a gengineered garden, the rest of the pod is still held captive by the Aether Gaia scientists who tinker with and experiment upon them like lab animals.

The all-powerful AI, Wisper, who stretches across star-systems — inhabiting computers on every space station Clarity has visited — promised to free the other starwhals. But either she’s broken her promise, or something worse has gone wrong.

Clarity and her crew must rescue the starwhals, hoping it will it cure their own beloved starwhal, who has grown sick with worry.

Or is she sick with something else?