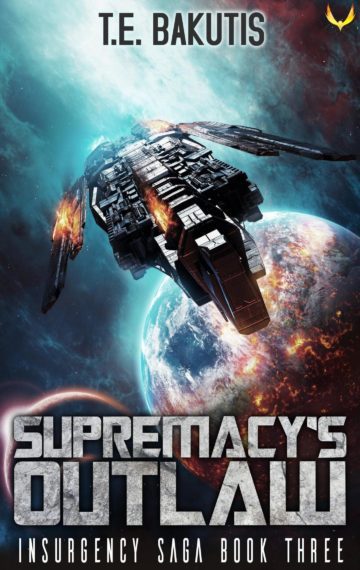 Busted out of prison. He can either follow orders, or die…

Five years ago, Jan Sabato’s partner sold him out and sent him to an orbital prison. Now the wealthy senator who purchased Jan’s freedom has demanded Jan hunt down his old partner and retrieve the disc she stole, which would be fine—if the senator hadn’t also injected Jan with torture nanos.

Back on his home planet, Jan must reunite his scattered smuggling crew, dodge the local authorities, shoot his way through a bunch of space racists, not get killed by the local crime boss, and track down the partner who betrayed him, all before the nano-machines buried in his bones burn him alive. He might even save some people along the way … but probably by accident.

Ocean’s Eleven meets Kings of the Wyld – in space! Don’t miss the final installment of the Insurgency Saga.