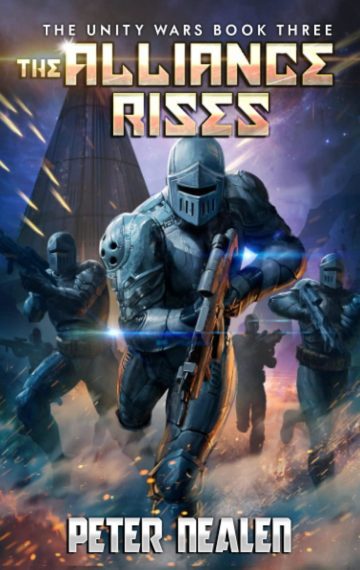 Chaos spreads across the galaxy…

How can an unprepared galaxy oppose them?

With Valdek behind them, Centurion Scalas and the Caractacan Brotherhood face the Unity’s challenge head-on.

But this war has been planned for a long time.

And the Unity has more weapons than just their vast clone armies.

As brushfires erupt across the galaxy, the Brotherhood and their allies must move quickly to band together before they fall one at a time. But can they stand against this juggernaut?

The stakes only get higher in this explosive next chapter of The Unity Wars Series. It’s perfect for fans of Rick Partlow, Jay Allan, and Galaxy’s Edge.