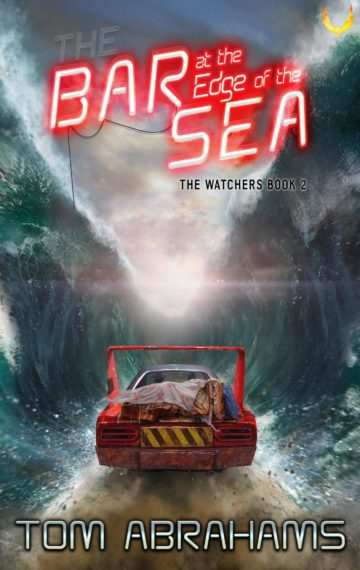 A world underwater. A missing weapon. A fight for redemption.

Zeke Watson has his first mission as a Watcher: a quest to find a kidnapped child who knows the location of a missing weapon. In the wrong hands, the weapon will upset the balance of good and evil across the known universe.

He seeks the child. The weapon. And redemption.

But can he find any of that in a flooded post-apocalyptic world filled with ruthless pirates—where his skills behind the wheel are useless and his newfound power is as unsteady as a skiff on choppy seas?

Don’t miss the thrilling sequel to Bar at the End of the World. It’s perfect for fans of A.G. Riddle, Hugh Howey, and Stephen King’s The Dark Tower.